He put all things in subjection under His feet, and gave Him as head over all things to the church, which is His body, the fullness of Him who fills all in all. (Eph 1:22-23)

No pretenders need apply. God has already installed the commander-in-chief of His church. There’s no need for a legislative body, either, because all legislation has already been recorded in the word of God. Woe to him who would add to or take away from what is written.

So then you are no longer strangers and aliens, but you are fellow citizens with the saints, and are of God’s household, having been built on the foundation of the apostles and prophets, Christ Jesus Himself being the corner stone. (Eph 2:19-20)

The apostles and prophets recorded everything one needs to know to be a Christian. We don’t need any manmade organizations creating laws where God hasn’t. Anyone anywhere can follow the word of God and develop an autonomous church, resulting in the development of the gift that God gives to each Christian.

And He gave… some as evangelists, and some as pastors and teachers, for the equipping of the saints for the work of service, to the building up of the body of Christ. (Eph 4:11-12)

Those who are more mature in the faith are to help each Christian develop the gift that God gave them. These local or itinerant leaders are accountable directly to God, and mutually accountable to all the saints.

Obey your leaders and submit to them, for they keep watch over your souls as those who will give an account. Let them do this with joy and not with grief, for this would be unprofitable for you. (Heb 13:17)

Our headquarters are in heaven, not on earth. There’s a chapter in The Good Story eBook that briefly tells how we got these modern big businesses that many mistakenly think of as Christianity. These are a light year away from the simple New Testament pattern. Manmade institutions and organizations, even when started with good intentions, have always become corrupt within a few generations.

Unless the church is being run like a corporation or franchise, there is no reason to have a trademark name. This may sound radical because many today have never even considered this idea, but New Testament churches didn’t have a trademark name in the sense that we think of.

“For where two or three have gathered together in My name, I am there in their midst.” (Matt 18:20)

By definition, church is an assembly. It is a gathering of Christians – people – not a building or an institution. We want to build people, not institutions. That’s the example Jesus and the apostles left for us, and that’s the purpose of assembling in Jesus’ name.

The pattern Christians are supposed to follow is the one found in the New Testament. This was the original intent of the Restoration Movement. Unfortunately, most today seem to be more interested in maintaining the traditions of men than they are in actively pursuing pristine Christianity. 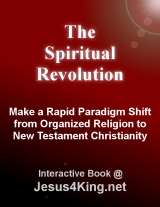 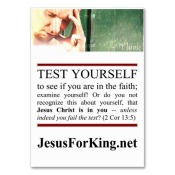 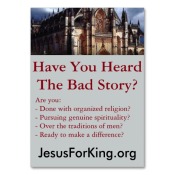 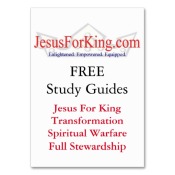 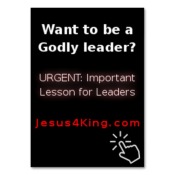